The open, two-story space incorporates a mixture of modern and traditional elements that make for a dynamic yet comfortable dining experience. Encompassing a sweeping 10,000 square feet with virtually no obstructed views, the first floor houses the restaurant’s main bar and dining area; upstairs, a wrap-around balcony offers additional seating, while a secondary dining and bar area functions as both an after-hours lounge and private event space.

A bow-truss ceiling from which over 100 copper drop lights hang is a focal point of the space, and accents such as warm woods, textured stone, and colorful tiles provide additional warmth. Patio seating is also available on the main floor, and a glass façade (complete with bi-fold doors) creates a natural synergy with the bustling energy of the Promenade. 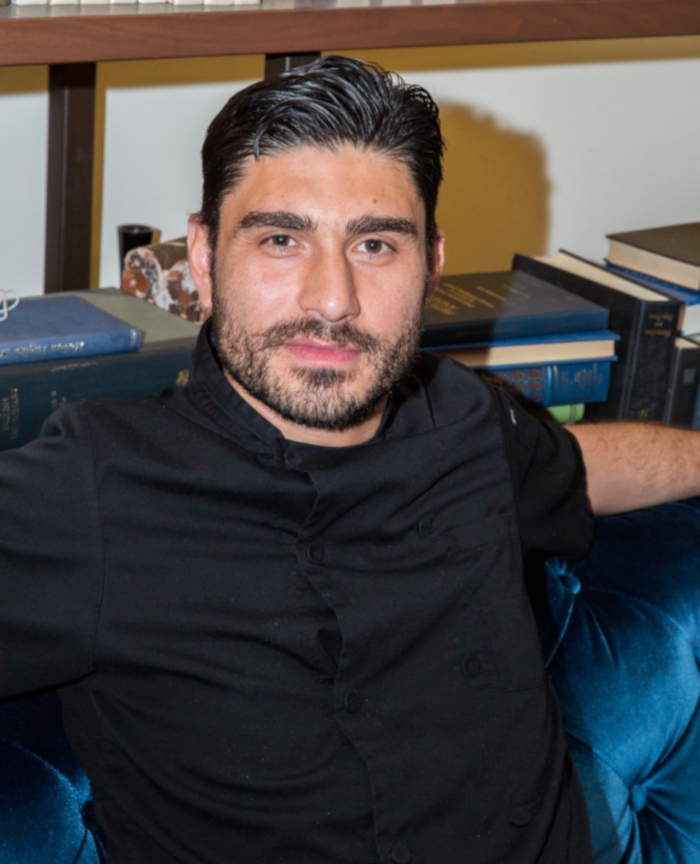 A native of Catania, Sicily, Luca Maita developed a passion for food at a very young age. For as long as he can remember he always had an interest in the cuisine industry particularly for traditional homestyle cooking and genuine flavors. Being the grandson of a fisherman and growing up in the family seafood business he developed a keen sense of selecting and distinguishing seafood offering him the ability to perfect the most harmonious pairings of fresh ingredients. During his school career & throughout summertime holidays he kept his culinary passion alive by working as Chef de Partie in a traditional Sicilian restaurant in his hometown. Here he honed his skills & craftsmanship in the kitchen which played a big role in laying the groundwork for his future profession.

After earning his diploma, he had an itch to travel & explore the culinary world with high hopes of broadening his knowledge of international cuisine & living. He landed in London and hit the ground running. In the four years that he spent in the United Kingdom he worked for a well regarded restaurant (DSTRKT London) and was able to experience several styles of cooking as well as learn the English language. His skills continued to grow and he defined his abilities as a Professional Chef. In 2015 he was given the opportunity to move to Australia and work as a Chef, a position that led him to greater express and improve his traditional and innovative Italian cuisine.

Most recently, in 2016 Luca made the move to the United States where he worked as executive chef in O+O Sicilian kitchen and bar in Santa Monica. Currently he has brought his culinary knowledge to 1212 Santa Monica, incorporating his background in Mediterranean modern Italian Cuisine. Chef strives to provide an unforgettable dining experience, while also staying true to his Sicilian roots.